Photos, sketches and other images by SPA members

""The Rosette Nebula is a large spherical H II region (circular in appearance) located near one end of a giant molecular cloud in the Monoceros region of the Milky Way Galaxy. The open cluster NGC 2244 (Caldwell 50) is closely associated with the nebulosity, the stars of the cluster having been formed from the nebula's matter.

The cluster and nebula lie at a distance of some 5,000 light-years from Earth and measure roughly 130 light years in diameter. The radiation from the young stars excites the atoms in the nebula, causing them to emit radiation themselves producing the emission nebula we see. The mass of the nebula is estimated to be around 10,000 solar masses.

A survey of the nebula with the Chandra X-ray Observatory has revealed the presence of numerous new-born stars inside optical Rosette Nebula and studded within a dense molecular cloud. Altogether, approximately 2500 young stars lie in this star-forming complex, including the massive O-type stars HD 46223 and HD 46150, which are primarily responsible for blowing the ionized bubble. Most of the ongoing star-formation activity is occurring in the dense molecular cloud to the south east of the bubble.

A diffuse X-ray glow is also seen between the stars in the bubble, which has been attributed to a super-hot plasma with temperatures ranging from 1 to 10 million Kelvin. This is significantly hotter than the 10,000 K plasmas seen in HII regions, and is likely attributed to the shock-heated winds from the massive O-type stars." For info, I am Autistic, Aspergers, ADHD, therefore if I come over as a little "short" on occasions it is not intended, thank you
Top

BTW how did you get access to the Hubble Space Telescope?

Skyhawk, the problem seems to be with imgbox - it seems a few people have trouble accessing that site. This one from astrobin should be OK. 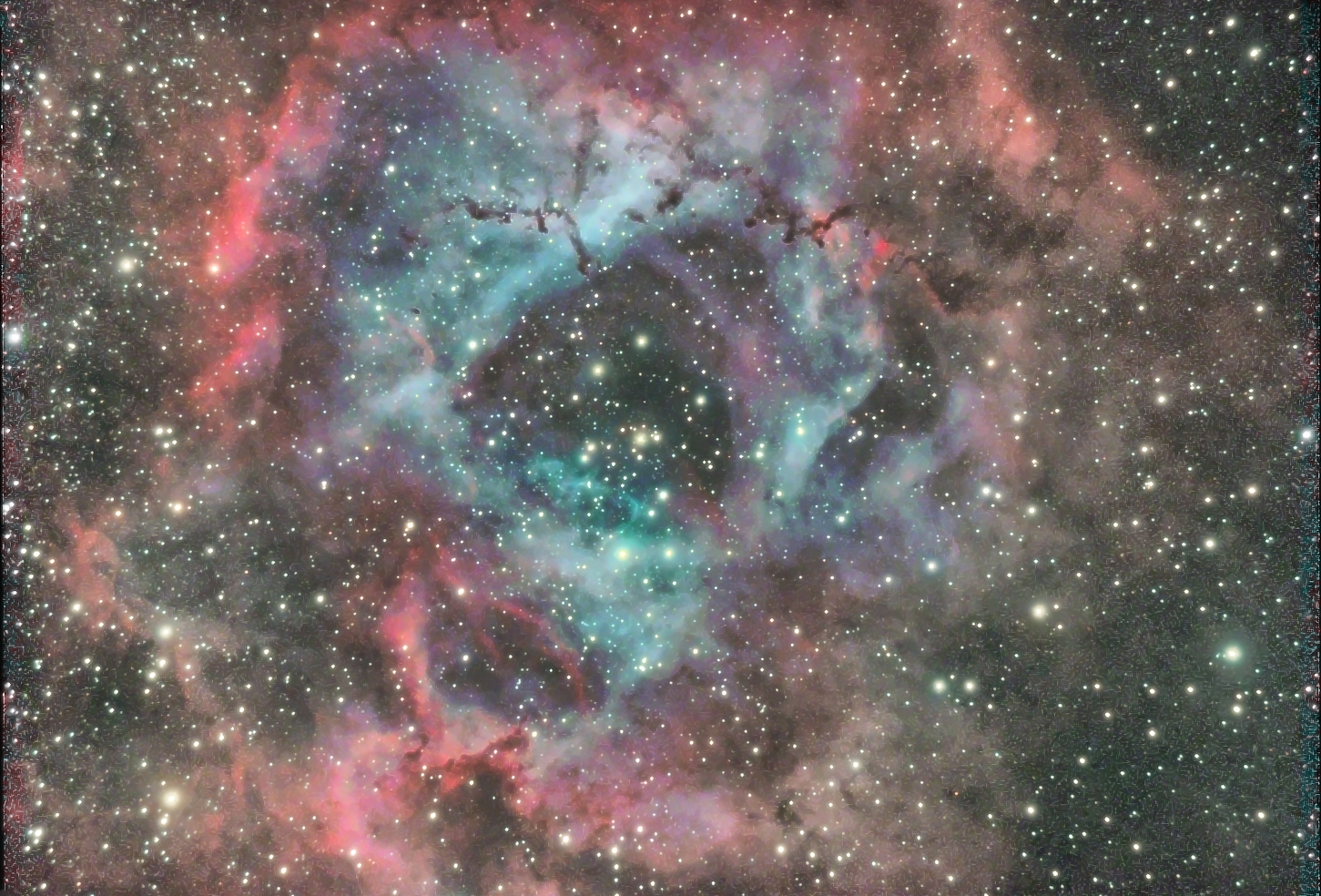 You've come a long way Brian, since your early imaging days with the Skymax 127

Brian, this was one of my very first images captured using the Skywatcher Helios 102 and Philips spc900 webcam. 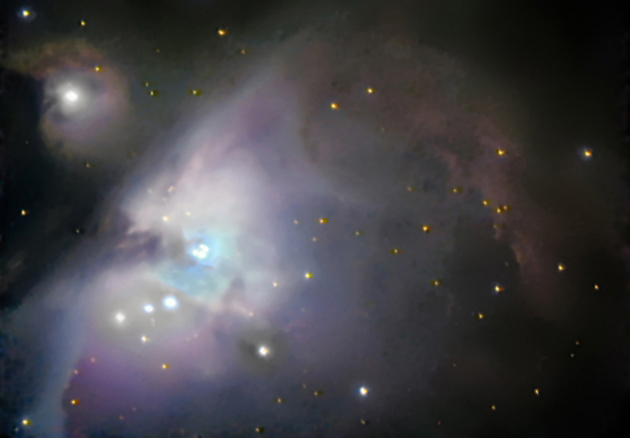 Not a bad Trapezium with that combination though