Here's the place for any sights you wish to remark on

Wednesday 13th August 2014, 0510BST. Jupiter & Venus seen again above the distant rooftops and now a but closer together!! regards maf

18th August 2014. The two bright planets were seen the rise above the distant rooftops at about 0500BST and they wre followed untill about 0600BST. Used Minox MD50W, Hawke 70mm scope at x24 and 8x30 Hensoldt binocular through the bedroom window. The planets were very close together and in the Hawke were about 1/8th fov apart, with the glitteringly brilliant Venus diagonally above the pale Jovian disc. The view was enhanced by a stream of Herring Gulls flying across the fov from the coast to the countryside as they do each morning around dawn. Wonderful! regards maf
Top

Mike, I also found the conjunction spectacular. And the air was so clear that the planets shone brightly when barely risen and still close to the horizon, having just cleared a line of cloud in the direction of Belgium. 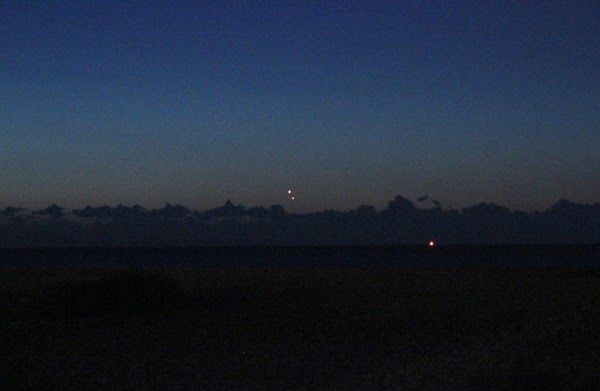 Here is a close-up of the pair a little higher above the clouds. 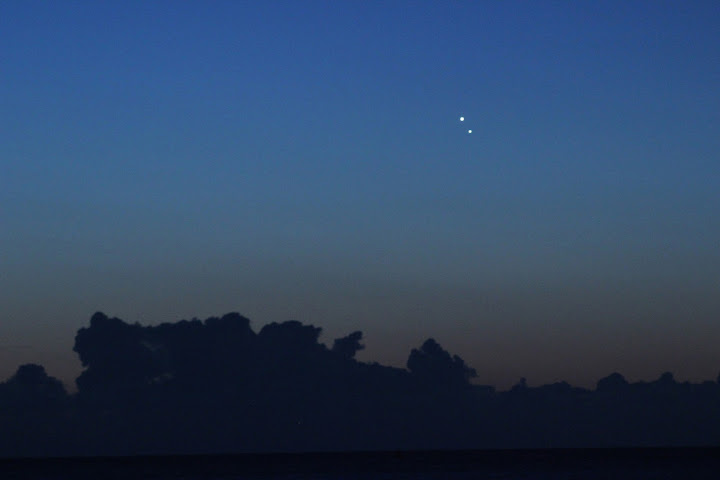 And yes, the gulls contributed to the spectacle for me too. Here's one of a bird admiring the planets as they shone like a pair of jewels. But they do say diamonds are a gull's best friend. I'll get my coat . . .

My astronomy and space news website
- includes advice on choosing and using a telescope.
Top

Paul......nicely captured view. Took a few simple snaps at the eyepiece. The gulls were transformed into smears as they flew rapidly passed !......regards maf
Top

Sorry David, I have only just seen this. It is a crop of a single shot. 1/25 of a second at ISO 3200, using a Canon EOS 600D.
My astronomy and space news website
- includes advice on choosing and using a telescope.
Top
Post Reply
6 posts • Page 1 of 1